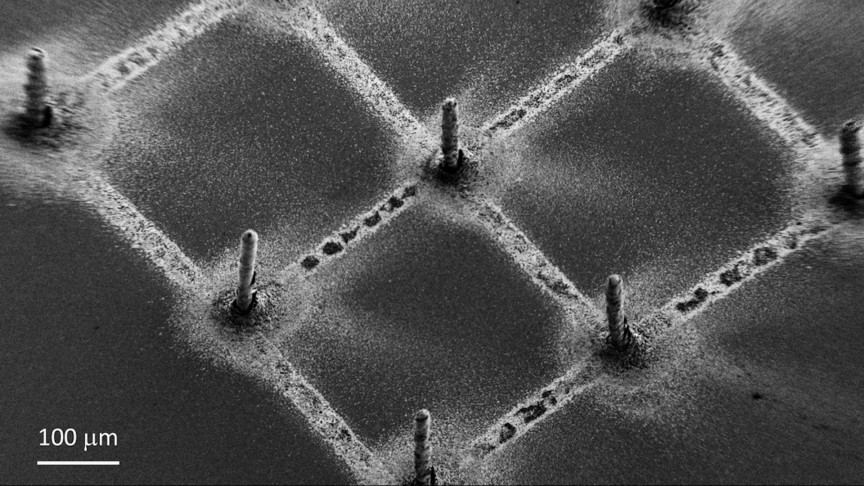 Since the invention of the X-Ray by Wilhelm Röntgen in 1895, there’s been a lot of progress on these machines. Now, a team of scientists at the Ecole Polytechnique Fédérale de Lausanne (EPFL) in Switzerland has taken that research another step further by using 3D aerosol jet-printing to develop X-ray detectors.

These new X-ray detectors have record sensitivity, are most cost-effective than other medical X-ray units, and minimize health hazards.

The team published its findings in the journal ACS Nano.

How this new X-ray detector operates, and why it’s important

In today’s world, X-rays for medical uses vary from radiotherapy for cancer, to fluoroscopy, to computer tomography (CT), which scan various sections of the body from different angles sending them to a computer to generate X-ray scans of our body.

This type of medical imaging requires affordable, high-resolution detectors that operate at a “low photon flux,” which depicts the number of photons that hit the detector at a specific time, which then decides the number of electrons it produces.

This is what the EPFL team has managed to develop by using 3D aerosol jet-printing.

The team used graphene and perovskites, both of which are versatile and easy to synthesize — these are more commonly used in solar cells, LED lights, and lasers, for example.

The team used an aerosol jet-printing device to print 3D perovskite layers onto a graphene substrate.

The team was awed as it said “The results were stunning. The method produced X-ray detectors with record sensitivity and a four-fold improvement on the best-in-class medical imaging devices.”

It’s clear to see how this technology will change the world of medical X-raying. László Forró, the team lead of the study, explained that “By using photovoltaic perovskites with graphene, the response to X-rays has increased tremendously.”

“This means that if we would use these modules in X-ray imaging, the required X-ray dose for forming an image could be decreased by more than a thousand times, decreasing the health hazard of this high-energy ionizing radiation to humans.”

On top of that, using a perovskite-graphene detector doesn’t require complex electronics, the team pointed out, so it would prove to be a real advantage in a number of countries, especially in developing ones.