300-Meter Nuclear Megayacht Project Aims to Save the Earth 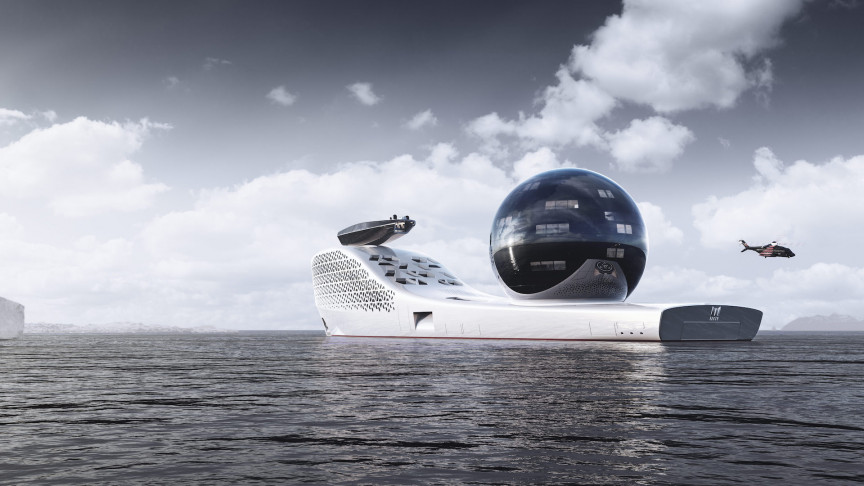 The Earth 300 is an ambitious scientific project aimed at raising awareness about climate change all while doubling up as a luxury research vessel funded in part by billionaire guests, according to a report by the BBC’s Science Focus.

Slated to launch in 2024, the Earth 300 megayacht will contain 22 laboratories and will carry 450 passengers, including scientists, environmentalists, and a few billionaires for good measure.

The 300m long vessel will include a 13-story ‘science sphere,’ in which the entrepreneur behind the project, Aaron Olivera, aims to get some of the world’s best scientists to collaborate on climate change solutions, using high-end technology aboard the ship.

The idea is to sell space aboard the vessel to the rich and put 80 percent of the profits back into the science being conducted aboard the ship. Luxury apartments will be available, meaning the wealthy can contribute to science in more ways than one.

“It is really an opportunity for the wealthy to contribute to science and participate in science. This is not having a billionaire in a bathtub, sipping a glass of champagne,” Aaron Olivera the entrepreneur behind the project explained in an interview with the Sydney Morning Herald.

Among the technology available to the scientists aboard the ship will be robotics, artificial intelligence software, built-in sensors, and the world’s first commercial, seafaring quantum computer to process the huge amounts of data collected aboard the ship.

The Earth 300 vessel is planned to be zero-emission, running on nuclear energy from an onboard molten salt reactor based on technology from the Bill Gates-backed TerraPower, which is yet to be fully developed.

The project is estimated to cost approximately $500-700 million to build, and it will be funded partly by private investment and partnerships, though a large amount of funding is also projected to come from 10-day VIP tickets sold to wealthy tourists for $3 million.

The superyacht was designed by Barcelona-based Iddes Yachts — anyone who’s been to the city’s Marina Port Vell will likely see the design cues taken from the port’s buildings, especially from its sea-facing yacht club and its co-working space. The project itself was announced at a launch event at Singapore’s Fullerton Bay Hotel, at a restaurant overlooking the country’s Marina Bay.

At the event, Olivera pitched the Earth 300 project not only as a state-of-the-art science laboratory at sea but also as a means to bring increased awareness to the work required to turn the tide on climate change.

If the ideas behind Earth 300 sound a bit mad, that’s because perhaps they are — little specific information has been revealed about the type of research that would be carried out aboard the megayacht. Still, Olivera claims that the project, whose findings will be open source, has the potential to help humanity reach its crucial climate change goals in the coming years.