24-Hour Laptop Battery Life Is Here, But Will It Be the New Normal? 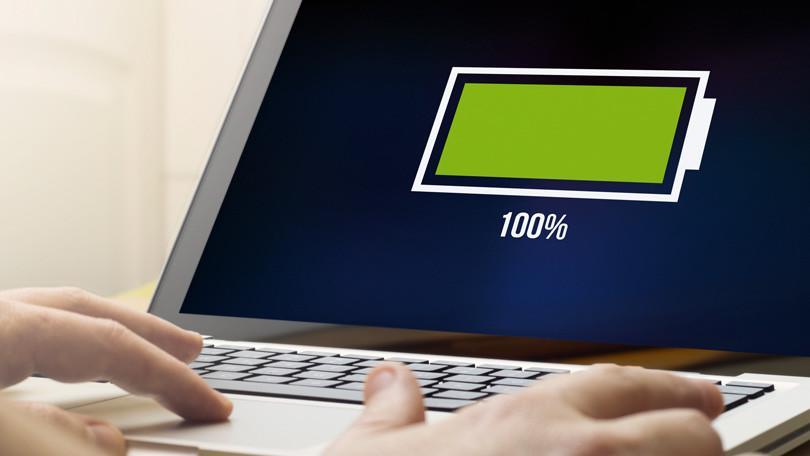 Ever kept an eye on the battery meter while cranking out a term paper in a plugless library cubby, or edited a presentation with the seatbelt sign on and your power cord stuck in the overhead bin? Then you know: Laptop battery anxiety is real. There are plenty of band-aid solutions, from plugging into a power port on the bus to choosing a laptop that supports quick charging. The real cure, though, is finding a device that lasts for longer than a single workday on a single charge.

Extreme battery life (by which we mean, more than 20 hours in our tests) in laptops is rare, but we’re starting to see some models that can credibly claim this feature. One we tested last week, the Asus ExpertBook B9450, played a video while unplugged for nearly 30 hours straight. Like many other late-model premium ultraportables, it’s also certified under Intel’s Project Athena, which requires laptops to last unplugged for at least nine hours of “typical” use. An eye-bugging result like the Asus’ 30 hours is tantalizing, though, and made us wonder: Is this the new normal? Is this the future of on-the-go laptop runtime?

Alas, not so fast. It’s a step in the right direction, to be sure, but don’t plan on leaving that laptop charger at home for a short business trip quite yet. To get these extraordinary battery life results, laptop manufacturers are taking obvious approaches like cramming in a bigger battery or reducing the power consumption of the CPU and the screen. Increasingly, they’re also relying on software improvements baked into the macOS, Windows, and Chrome operating systems.

But there are still lots of variables that can make shopping for a long-lasting laptop frustrating. Sometimes laptops with similar specs deliver wildly different battery-life results. And some computing tasks—especially gaming and sustained multimedia editing—eat up the battery alarmingly quickly no matter which laptop you’re using. A laptop that lasts for more than 24 hours straight while playing back video is impressive, but it almost certainly won’t last that long when you’re browsing multimedia-rich websites, multitasking all the day long, or performing active, everyday tasks that keep the laptop off an even keel.

So you can’t eliminate battery anxiety completely. But you can experience it less if you know which features to look for in a new laptop and how your computing behavior affects energy consumption. It’s also good to know what the laptop manufacturing ecosystem is doing about this eternal issue. In 2020, a lot is going on.

A straightforward approach to increasing laptop battery life is making the battery bigger. Most people—especially frequent travelers—don’t want big laptops, though, so manufacturers are coming up with ingenious ways to fit larger batteries with a minimal effect on the size of the chassis.

One such success story is Apple’s 16-inch MacBook Pro. Sure, the laptop is a bit larger and heavier than the old 15-inch model, but not by much. The new one measures 0.64 by 14.1 by 9.7 inches (HWD) and weighs 4.3 pounds, versus the 0.61 by 13.75 by 9.5 inches and 4 pounds of its predecessor. The upside, though: The extra footprint not only accommodates a larger screen, but also a bigger battery. The 100-watt-hour battery in the 16-inch MacBook Pro is the largest that the FAA allows on commercial passenger aircraft, and it tallied up 19 hours of runtime in our video-playback rundown testing. 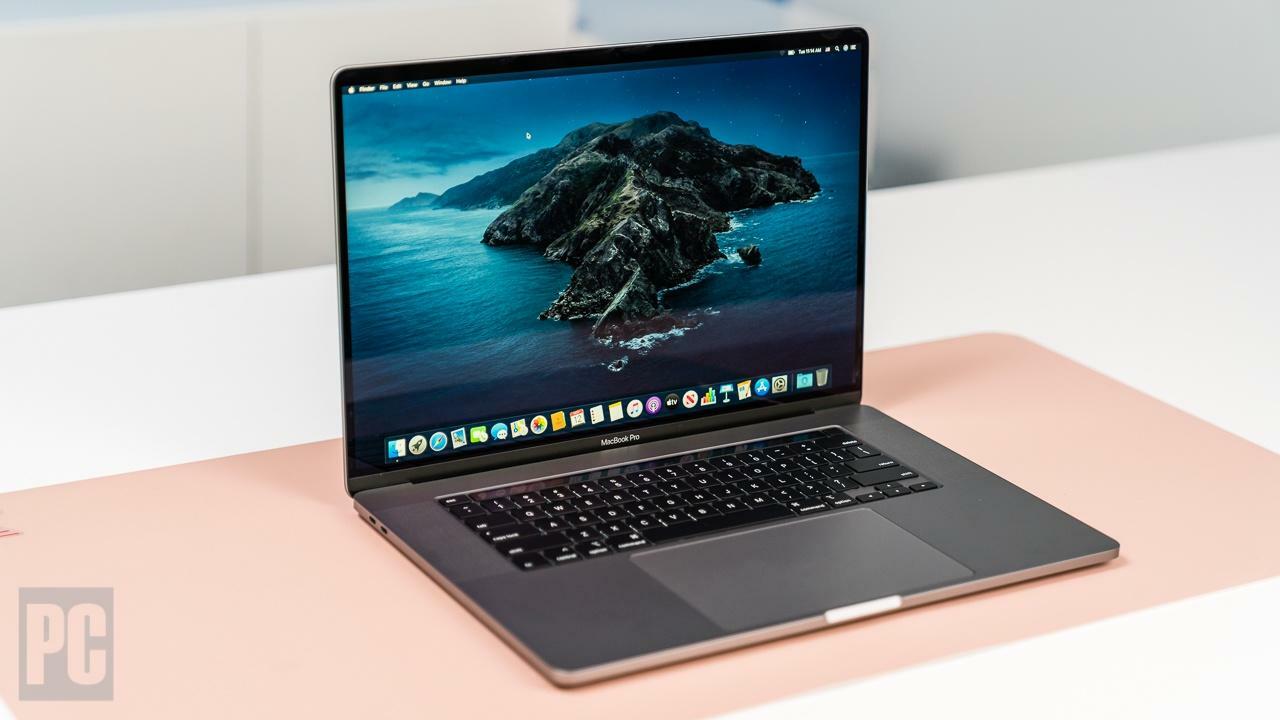 That 19 hours is especially impressive when you consider that the MacBook Pro configuration that we tested had Apple’s available Intel Core i9 processor option and an AMD Radeon Pro GPU, both especially high-powered components. Many less-powerful and smaller notebooks can get away with batteries roughly half the size of the MacBook Pro’s and still deliver excellent results. It’s an eternal trade-off among weight, battery size/capacity, and the room left over for other hardware, such as thermal gear for cooling the CPU and GPU efficiently, or storage drives. It’s never just a one-to-one give-and-take.

Take the Dell Inspiron 14 7000, for instance. It has a 52-watt-hour battery and manages an even more impressive 21 hours of life on our test. Sure, its smaller 14-inch screen, Core i5 CPU, and Nvidia GeForce MX150 GPU consume less energy than the MacBook Pro’s elite mobile components do, but they’re still plenty powerful enough for everyday tasks. So how did Dell do it?

Every good laptop-battery showing comes down to a confluence of factors, often varying ones that matter to different degrees from laptop to laptop. Part of the answer in some new laptops, though, can be found in certain major advancements in laptop screen technology over the past year or so. In the configuration we reviewed, the Inspiron 14 7000’s touch screen consumes a maximum of 2.4 watts and has a rated brightness of 270 nits. It can also be configured with a non-touch screen that consumes a maximum of just 1.8 watts.

Along with the CPU, a laptop’s display is one of its chief energy hogs, so reducing its power consumption to as little as a single watt is a priority for many other companies. Intel’s Low Power Display Technology (LPDT), fitted to a Core i7-powered concept laptop, achieved 28 hours of video playback in 2018, a precursor to some of the extraordinarily long-lasting laptops that we’re seeing today. The Dell Latitude 7400 2-in-1 incorporates aspects of LPDT to achieve a rated power consumption of just 1.17 watts at 150 nits of brightness. (The screen can be cranked higher, of course.) 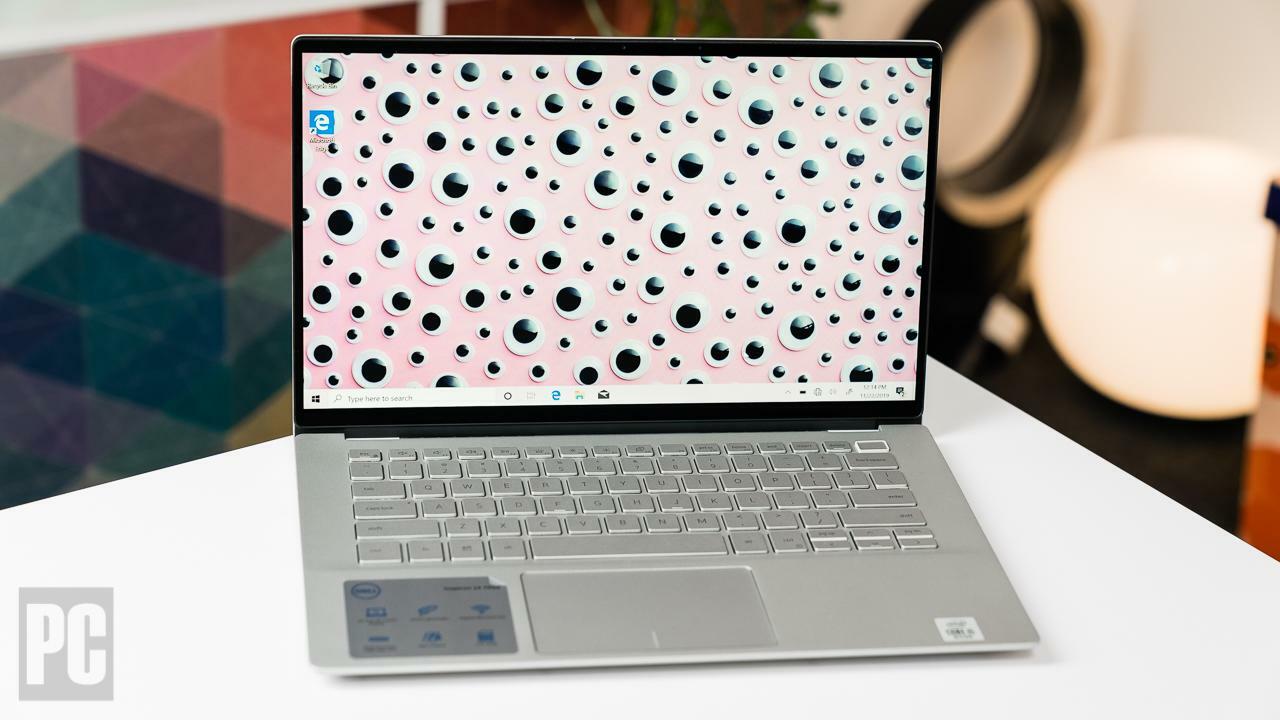 The price is viewability, of course: 150 nits is fine for dimly lit indoor environments, but it isn’t great if you work in the field and plan to use your laptop regularly outdoors. Many other similar laptops, including the MacBook Pro, have displays rated for a maximum of 400 or 500 nits.

Although reducing the power consumption of the display can have an impact on battery life, the efficiency of the processor is often more important. Most Intel and AMD processors used in mainstream ultraportable laptops provide both compute power and graphics processing, and are designed to consume a maximum of 15 watts of power. Along with the fans required to keep them cool, they’re typically the most power-hungry of all the laptop’s components.

Silicon engineers are constantly researching ways to increase the efficiency of their chip designs while still staying within this 15-watt maximum. Modest performance and efficiency gains (5 to 10 percent) are typical from one chip generation to the next, and they mean that laptops can become more powerful while consuming the same amount of electricity.

But not every laptop user needs all the power the chip can deliver. Under resource-intensive workloads, like playing a game or visiting multiple multimedia-rich websites in different browser tabs at once, the chip might consume close to its maximum of 15 watts. Typing in a Microsoft Word document or watching a movie typically consumes far less. So a more efficient chip can deliver a better experience for power users, as well as having less of an impact on battery life while performing simple tasks.

Some cheaper Windows laptops use low-power chips from Intel that consume around 7 watts of power, including some Pentium or Celeron chips. Not only is their performance much worse than that of the mainstream 15-watt chips, their batteries are also frequently smaller to cut down on costs, so they don’t end up offering significantly longer battery life.

Qualcomm Snapdragon processors consume even less power—around 5 watts is typical, according to testing done by enthusiast site Anandtech. Laptops that use them, like the Microsoft Surface Pro X, do have extraordinary battery life, but they suffer from the same sluggishness that plagues Pentium and Celeron laptops. Also, some apps designed for Intel or AMD laptops won’t run on Qualcomm ones.

Combining a cutting-edge, efficient chip with an ultra-low-power display and a big battery isn’t a guaranteed recipe for long battery life, however. Software plays a huge part in controlling laptop energy use.

The most efficient laptops have robust methods for the operating system (Windows, macOS, or Chrome) to communicate how much power is required for any given task. But establishing these methods of communication requires extensive development work and testing both on behalf of the chip maker (Intel, AMD, or Qualcomm) and the company that designs the laptop, such as Apple or Dell.

It’s not enough to only use the minimum power required for any given task. Since the act itself of changing the amount of power applied to a given task consumes energy, the laptop’s software and firmware must also be adept at keeping the compute and graphics power at the same level for as long as possible.

Some companies just do a better job of making sure that this happens. These software and firmware differences are likely a significant factor in why laptops with otherwise identical specifications might have wildly different battery life results. The Dell XPS 13 2-in-1 and HP Spectre x360 13 we tested have nearly identical screen sizes and native resolutions, as well as the same processor and graphics chip, and yet the HP achieved six more hours of battery life in our tests, well beyond any margin of error. 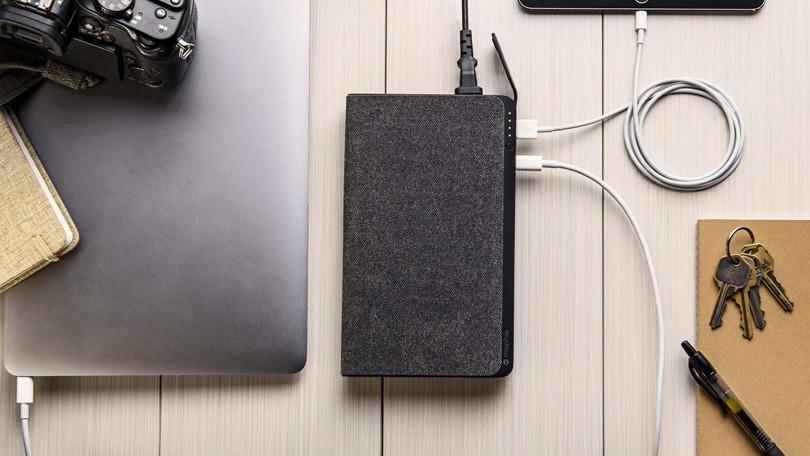 As you’ve probably guessed by now, it’s difficult to tell on sight or by its specs whether a laptop has long battery life. Even if you could easily find the power consumption of its display and the watt-hour rating of its battery (specifications that aren’t often listed), software limitations might still hold it back from achieving a day away from a power outlet.

Compounding the problem is that battery life is difficult to measure in ways that are applicable to everyone’s work or play style. Our battery life test uses a commonly accepted video-playback method, which involves playing a locally stored 720p video file with Wi-Fi and Bluetooth turned off until the battery is exhausted. While it’s easily reproducible, it’s not necessarily indicative of a typical user’s day. It’s also, in many cases, something of a best-case scenario, because it can favor machines that are good at identifying when a low-power activity like video playback is occurring and adjust power accordingly.

Other testing methods exist to replicate a typical day of laptop use. Microsoft’s procedure, for example, includes a web-browsing test, accessing eight websites over multiple open tabs; a productivity test utilizing Microsoft Word, PowerPoint, Excel and Outlook; and a portion of time with the device in use with idle applications. But choosing representative variables (like which websites to use, or how to weigh different tasks) for such tests is subjective. And the nine-hour figure that Project Athena requires comes with several caveats: The laptop must have a full HD (1,920-by-1,080-pixel) display, be measured at a screen setting of 250 nits of brightness, and be running multiple background applications during testing. The unpredictability of these factors are a key reason why we have settled on video playback as a measure of best-case-scenario battery life. Any custom scenario will by nature only represent a small sliver of actual users’ usage patterns.

What you can do is understand how your computing patterns affect battery consumption. Basic steps toward limiting energy use include closing unneeded browser tabs and dimming your display to the minimum viewable level. These can be performed on any laptop, no matter how it’s configured and no matter how long the manufacturer says its battery is supposed to last.

Whether your laptop is rated for three hours, 30 hours, or 300 hours of battery life, it’s still going to conk out eventually. Ultimately, actions over which you’ve got direct control are the only way to help reduce your battery anxiety when plugging in just isn’t an option.