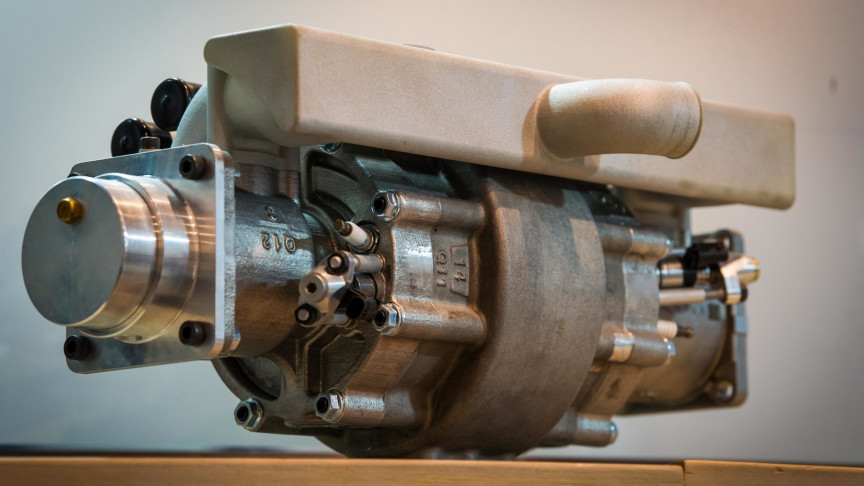 Israel-based Aquarius Engines unveiled a new hydrogen engine that it says could do away with the global reliance on hydrogen fuel cells and fossil fuels, the company explained in a press statement via PR Newswire.

The machine, which weighs only 22 lb (10 kg), is a single-piston-linear-engine, that runs exclusively on hydrogen. As it has only 20 components and one moving part, the engine is also much cheaper to produce and maintain than traditional engines.

Though Aquarius Engines has so far released little in the way of specifications for their new engine, the company says the Aquarius Hydrogen Engine’s “lightweight design and unique internal-gas-exchange-method would greatly reduce emissions and lower the global carbon footprint.”

The company said its new hydrogen engine has successfully passed a test by Austrian engineering firm AVL-Schrick, showing that the model does indeed operate on hydrogen.

“From initial tests it appears that our hydrogen engine, that doesn’t require costly hydrogen fuel-cells, could be the affordable, green and sustainable answer to the challenges faced by global transport and remote energy production,” Fridman continued. “As the world moves away from fossil fuel, our new hydrogen engine could spark the dawning of the age of Aquarius.”

The electric versus hydrogen debate rages on

Indeed, as with many green initiatives, the financial incentive behind going hydrogen is set to play a big role in whether we eventually drive hydrogen cars or electric at a mass scale.

Really, the main selling point of the new Aquarius Hydrogen Engine, with its one moving part, is the fact that it’s much cheaper than hydrogen fuel cells. The company adds that the machine doesn’t even need lubrication for maintenance.

Still, it might take more for the current trend to veer away from electric vehicles. This week, Volkswagen Auto Group CEO Herbert Diess criticized hydrogen cars on Twitter and stated the group is backing electrification.

Elon Musk was quick to reply, saying “Diess is right. Hydrogen is a staggeringly dumb form of energy storage for cars. Barely worth considering it for a rocket upper stage, which is its most compelling use.”

That’s not to say plenty of companies aren’t exploring hydrogen fuel as a sustainable method for transportation — including Segway with its bonkers Tron-inspired hydrogen-fueled motorbike.

In fact, Aquarius Engines recently announced partnerships with auto-parts manufacturers TPR and Honda-affiliate Musashi Seimitsu. Japan is one of the few countries to have bet big on hydrogen as part of its Green Growth Strategy.

Aquarius Engines unveiled the first iteration of its 22-lb engine in 2014, though that one didn’t run on 100 percent hydrogen. It was designed to be used as an onboard power generator in vehicles or as a stationary electricity generator.