2021 Will Be the Year of the Electric Truck 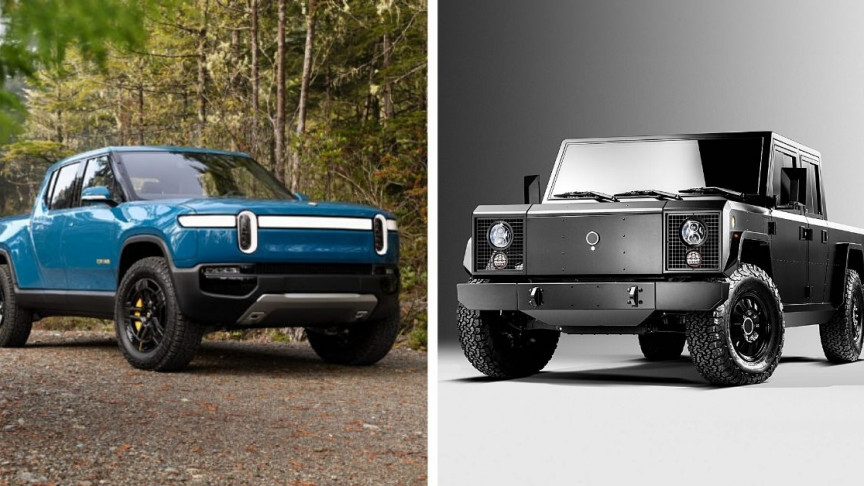 A fleet of sleek, advanced, and high-performing electric trucks are about to plow their way into the automotive market, as early as 2021. These rugged vehicles hope to flip the notion of “truck” on their head. If done right, they could become a crucial part of the seemingly unstoppable electric technological wave.

Though the industry is still very much in its infancy, the EV market has grown consistently over the past few years, with the US, European, and Chinese markets leading the charge. According to Allied Research, this evolving market is forecast to reach a value of $802.81 billion by 2021, a staggering jump from its $162.34 billion valuation in 2019. But, what does that all mean?

If we have learned anything from CES 2021, it is that the electrification of vehicles will be an essential part of the future of both transportation and mobility.

Startups and well-established household names are competing to create the latest and greatest headline-generating, high-performing electric automobiles. From GM’s commitment to go all-electric by 2035, to Lucid Motors’ ludicrously fast electric prototype, consumers are going to have a range of automotive choices to select from.

However, many potential buyers of electric vehicles, particularly those in the US, are not on the market for a sedan or sports car. They want to get behind the wheel of a small truck or SUV.

The EV truck market is one of the most exciting aspects of the automotive industry, not only offering consumers power and performance that could rival existing small trucks and SUVs, but could potentially offer a way to make commercial transportation more sustainable.

Today we will highlight the electric trucks expected to make their way into production or into consumers’ hands this year.

The 2021 Rivian R1T blends futuristic technology and comfort with performance

Both the automotive and tech worlds have been closely following the US-based startup Rivian. The electric truck manufacturer was founded in 2009 by CEO Robert “RJ” Scaringe, who graduated from the Massachusetts Institute of Technology.

Since its inception, the automaker has been working on its flagship products — an electric sport utility vehicle (SUV) and an electric pickup truck, using a platform that founders claim can be modified for future vehicles or adapted by other companies. Here we are going the focus on the latter; the R1T pickup truck.

A quick look at the branding and you learn that Rivian designed the R1T to be a serious offroad machine, perfect for those who enjoy a weekend trip driving over nature. At a glance, the truck can rock crawl on a very steep grade, has a wading depth of a little over 30 cm (3 ft), and can traverse any terrain with 35 cm (14 inches) of ground clearance. Promising to deliver the “road handling” of a sports car, the R1T is expected to go from 0 to 100 kph (60 mph) in just 3 seconds, thanks to its quad-motor powertrain.

The electric truck is more than capable of carrying camping gear as it boasts an impressive towing capacity of 5,000 kg (11,000 lbs).

Inside the truck, you will be greeted with tech-friendly features like 4G and Wifi capabilities, a 360 audio system, and a connected cloud-based architecture that allows you to control the entire truck.

According to Rivian, eager customers will be able to get their hands on an R1T truck sometime in mid-2021. You can even configure your future vehicle on their website right now. The pickup truck will start at around $67,500 and has 483 km (300+ miles) of range.

Looking for an SUV? Rivian has something for you too

Rivian’s R1S SUV comes in at a slightly steeper price, starting at $70,000. Similar to their pickup truck, the electric SUV is for those of you who appreciate a little offroad adventure. The R1S has a quad-motor powertrain, a 0-60 sprint time of 3 seconds, and a wading depth of a little over 30 cm (3 ft). However, the SUV has less towing capacity, topping off at 3,492 kg (7,700 lbs).

Inside the truck, you will find all of the exciting technologies that we have seen in our previous entry. Things differ when you look at the overall interior space of the vehicle. The R1S is available in either five or seven-seat configurations. This electric truck will also have a driving range of 483 km (300+ miles).

The Cybertruck is a Blade Runner-inspired beast

You probably either think the Tesla Cybertruck is one of the boldest automotive designs that you have seen in years or think that it looks like one of the many glitches found in Cyberpunk 2077.

There seems to be no in-between opinion with this unique EV. Nonetheless, many people are excited to see this vehicle on the road. Since the Elon Musk-led presentation in 2019, there have been 5,873 Cybertruck orders a day, with the final count said to be somewhere over 500,000. The design of the truck is not the only thing that pushes this EV above the norm.

The cyber-pickup can seat six people, surrounding passengers in an almost impenetrable body made from “ultra-hard 30X cold-rolled stainless steel” and “armor glass.” The Cybertruck will come in three configurations:

The spec’d-out version of the Cybertruck is expected to have a 0-100 kph (0-60 mph) sprint of 2.9 seconds, faster than most supercars. This high-end configuration will also give you the ability to tow more than 6,350 kg (14,000 lbs), just in case you were worried about being able to pull your 3D printed home around. Inside the vehicle, you will find the “Tesla minimalism” that the automaker is known for, as well as, ” full self-driving capabilities.”

Though very little has been unveiled about the vehicle, production of the Tesla Truck is expected to begin sometime in late 2021. The starting price of the lower-end model is expected to be around $39,900.

The Bollinger B2 is a minimal, all-terrain pickup truck

The B2 electric pickup truck is the older cousin of the automaker’s B1 SUV, featuring a “long bed mullet haircut.” Its eye-catching utilitarian look makes it one of the more uniquely designed electric trucks on our list. Thanks to the B2’s dual electric motors, it can produce 614 horsepower and 668 ft-lb of torque. This will help propel the electric truck from 0-100 kph (0-60 mph) in 4.5 seconds.

The primitively futuristic truck supports fast-charging capabilities and is estimated to have 321 km (200 miles) of range. Like other upcoming EV trucks, the all-aluminum body B2 will boast some impressive power, including a 3,400 kg (7,500 lb) towing capacity and the ability to carry a 2,267 kg (5,000 lb) payload. Bollinger’s B2 is expected to make its debut later this year and will have a starting price of $125,000. You can reserve a truck now.

The Bollinger idea of “refined essentials” also appears in the B2’s electric sport utility truck sibling, the B1. Inside and out, the two vehicles are almost identical.  Things only slightly change when you look at the SUV’s overarching design. The B1 has 614 horsepower, 668 ft-lb torque, and 321 km of drivable range (200 miles). Even the 60-sprints have the same times. The SUV is only missing a pickup bed. Both vehicles take design cues from classics like the Land Rover Defender, Ford Branco, and the highly coveted Lamborghini LM002.

The SUV is also expected to make its debut later this year and will have a starting price of $125,000. Do you prefer the SUV or pickup truck? Both?

The Endurance is an F-150 sized electric pick truck

Lordstown Motors plans to have prototypes of its new electric pickup truck ready to go in March, with the truck’s production expected to begin in September of this year. Dubbed the Endurance, this electric truck has the ambitious goal of competing directly with the most popular pickup truck in history, the F-150. So far, Lordstown Motors claims the truck will have 402 km (250 miles) of range, will produce 600 horsepower, and have a towing capacity of 2,721 km (6,000lbs).

The automaker is now accepting $1000 deposits for pre-orders, and the truck is expected to have a starting price of $52,500.

The new electric GMC Hummer is an SUV that can “CrabWalk”

“Hummer” and “eco-friendly” do not seem like they belong in the same sentence. However, the upcoming iteration of the vehicle may have you singing a very different tune. This super-truck is powered by General Motors’ all-new Ultium batteries and Ultium Drive. This gives the e4WD truck a whopping 1,000 horsepower and an estimated 11,500 lb-ft of torque, generated by the EV’s three separate motors.

This massive truck can travel 0-100 kph (0-60 mph) in just 3 seconds. It even features an 800-volt DC power supply compatible with fast-charging. The electric hummer can get almost 160 km (100 miles) of range in just 10 minutes of charging. Its driving range is approximately 563 km (350 miles) on a full charge.

Inside the truck, you will find a 13.4-inch infotainment screen as well as plenty of space for passengers. Oh, and the truck can “walk” sideways, thanks to four-wheel steering that can direct all four wheels to point in the same direction. The truck will cost $112,595 and is expected to enter production later this year.

The idea of creating a powerful electric small truck was a fantasy about a decade ago. Now, we are on the cusp of seeing a range of powerful EVs enter the market. The EV industry still has a ways to go. Though there are more electric cars and trucks than ever before, consumers are still warming up to the idea of owning such a vehicle.

Even more, the first wave of electric trucks are out of reach for most consumers, thanks to the excessive price points. Nonetheless, if the trucks on this list deliver half of what they promise this year and beyond, consumers are in for a treat.