15 Futuristic Jobs To Be Common in the Next Few Decades 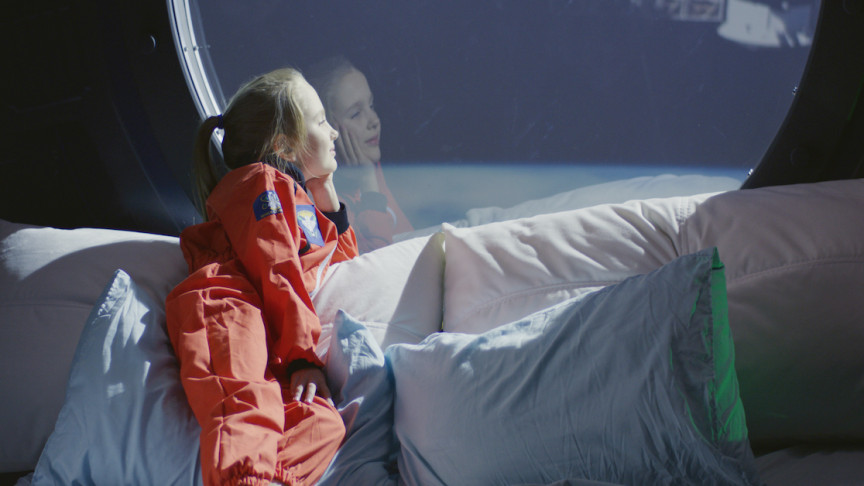 Jobs will be very different in the next few decades. Emerging technologies and decade-defining problems will create job titles that you have never seen before. According to research presented by the World Economic Forum, over the next ten years, 1.2 billion employees worldwide will be affected by the adaptation of automation technologies and AI.

It is believed that this will involve up to 50% of the world economy and will disrupt $14.6 trillion in wages. However, this might not be a bad thing. This disruption could lead to a new range of jobs in various sectors, and this is just the tip of the iceberg.

Most of the jobs of today will not just disappear. Instead, many of them will likely evolve to match an automated or digital world. Beyond AI and automation though, new opportunities in fields like space tourism, drone technologies, social media, 3D printing, and IoT opportunities will emerge for those interested in these fields. Your hobby for desktop 3D printing could be a viable skill.

How does “3D Printing Food Specialist” Sound? Or, maybe you can take your aerospace engineering degree with a minor in off-planet hospitality and become a space tourism guide. Immediate threats to the planet like global warming will require Climate Reversal Specialists.

The next decade’s jobs will correlate directly not just with automation but with the current challenges and trends directly weaving their ways into our everyday lives. Today we are going to look at some future jobs that may well become commonplace in the coming decades. Jobs that may seem like they belong in an episode of Westworld.

Space tourism could well become a massive market. The same way you plan a trip to a foreign country, you may soon be able to buy roundtrip tickets to a hotel off-world. As it sounds, space tourism is space travel for recreational, leisure, or business purposes. Blue Origin, SpaceX, and Virgin Galactic all have plans to bring ordinary people into space. There is even a space hotel in the pipeline.

According to MarketWatch, the value of space tourism is expected to reach about $21 billion by the end of 2026. In this futuristic job, you would educate space tourists on gravity, the moon, the history of space, Mars, and the planets beyond, all while on a spacecraft, in orbit around our planet, or in a space station.

You have heard it countless times before. “What you post on the internet is there forever.” Unwanted data, personal information, or embarrassing photos of you could still be floating around the internet without you noticing.

Though millennials and generation Z seem to have come to terms with this fact, there are still many people who would like to keep any embarrassing public and private moments offline. Enter “Digital Removalist.”

Digital removalists will be in high demand in the future as more and more people decide to protect their data, remove their digital footprint, or embarrassing information that could jeopardize future opportunities.

That’s right. We can 3D print food. Start-ups are popping- up worldwide that are dedicated to creating delicious meals using specialized 3D printers that are not much more complicated than the desktop FDM printer used at home. However, the process of creating 3D printed food is not easy.

You have to find ways to not only create edible (and hopefully delicious) filaments but you need to do it in an economical way that works in tandem with the engineering of a 3D printing machine. In this futuristic job, you will be part 3D printing engineering expert, part top chef, and part chemist, coming up with recipes and new 3D printing techniques that match customer tastes or biological needs.

Many researchers and scientists believe that humanity will find a way to extend their lives by a few hundred years in the next few decades. You may even be able to hire a life extension technician to help you get there.

They would work with you using a combination of technology and cutting edge medicine to make you feel and look decades younger.

Currently, it is believed that 5.8 million cybercrimes happen each year. The future job market will need even more lawyers who specialize in issues on the internet.

Not all future jobs will share the primary goal of maximizing the profits of shareholders. In the future job market, companies will try to both make money and find ways to do good. Regenerative Change Officers would be social entrepreneurs looking at ways to move their company beyond sustainability and focus on making the world a better place.

They will be involved in marketing profitable products and services that aim to turn hunger and poverty into sufficiency, war into peace, and catastrophic climate change into planetary balance.

Amid the pandemic, we have already seen the rise of digital education. This has led to a lot of questions surrounding education, such as whether students and teachers always need to be physically present.

Teachers specializing in techniques for the virtual classroom may soon become commonplace. Using mixed reality and virtual reality, teachers could appear in the classroom anywhere in the world, and could even teach thousands of students at once.

Jobs like this are already entering the market. Companies like Uneeq are creating digital humans in place of the digital customer service bots that many dread talking to. In this futuristic job, you would work to create digital humans that can be more personable with customers.

Your role as Machine Personality Designer would be to create highly-tailored digital humans based on data and powered by artificial intelligence. These digital humans would share almost identical personalities to customers and have similar tastes, to ensure a more smooth customer service experience.

Automation will be everywhere. So it makes sense that one of the top jobs in many future companies will center around automation. Expected to be one of the most sought after jobs on the market, Chief Automation Officers will be experts in AI and robotics, using these emerging technologies to do everything from sorting mail to creating efficient automotive assembly systems.

They will help design better autonomous vehicles, in-home robots, and even smart cities. Expect to see this future job just about everywhere. This job will play an important role in bridging the gap between businesses and the IT process.

Sherlock Holmes, but in 2025. As data becomes ever more valuable, it will become increasingly important for companies to be able to interpret and protect their own data and use it to answer major operational questions. This role will require the development of programs that can sort through large data sets and generate answers to business questions.

This potential new breed of engineer-scientist will play a vital role in tackling the challenges of global warming. This future job will call upon Climate Change Reversal Specialists to use and develop emerging technologies and innovative engineering techniques to protect and rebuild ecosystems around the world impacted by climate change, such as rainforests, ocean beds, coral reefs, and urban and rural areas.

The current space junk problem is an existential threat that could drastically impact everything from our global communications to our space program. As of 2019, there are estimated to be over 128 million pieces of debris smaller than 1cm floating above our Earth. Simultaneously, there are approximately 900,000 pieces from one to ten cm in size, while the current number of individual pieces of large debris is approximately 34,000.

Traveling at speeds up to 17,500 mph, space debris is potentially very dangerous, and could damage spacecraft and satellites, and even jeopardize the lives of astronauts and future space tourists.  Space junk recyclers would help to identify and track the orbital locations of this space junk and develop cost-effective methods to remove it from orbit.

Drones are set to become a common and effective means of delivering goods and packages to people all around the world. The FAA predicts that 835,000 drone aircraft will be hitting the U.S skies by 2023. Aside from delivery, commercial drones will be used for research, pilot training, filming, building inspections, and a wide range of other activities.

Companies like Amazon and Google are working on launching drone projects for public use. Someone is going to need to help get all of these drones off the ground. In this industry, drone managers will be trained to organize, maintain, and direct fleets of drones using AI-driven logistics systems.

Retail and e-commerce experiences will need to find various new ways to attract customers to their store, to keep them engaged while there, and, of course, to get them to buy something.

Gamification could become a powerful tool in their arsenal. Gamification Marketing Specialists will work hard to keep customers engaged and entertained using well-thought-out, data-driven interactive experiences based on detailed knowledge of customer psychology and behavior.

AR technology is already here. Nevertheless, the adoption of the technology has been fairly slow. But all of that could change in the near future. AR glasses by companies like Apple and Facebook could breathe new life into augmented reality and mixed reality development.

AR is already starting to pop in retail stores, on our phones, in gaming, and on our computers. AR is still very much in its early stages, but the next decade could see more AR tools and applications. In this future job, augmented reality developers will create AR medical training experiences, remote classrooms, design and modeling applications, and, of course, augmented gaming experiences.

Which future job sounds the most exciting?