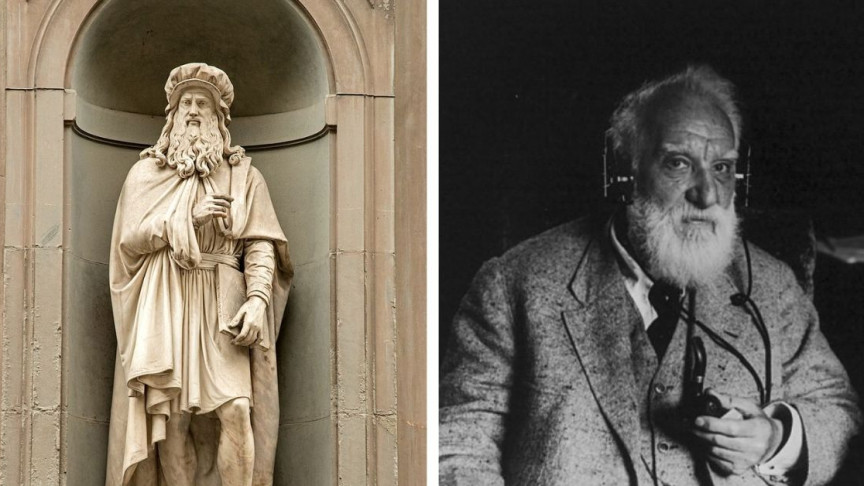 Dyslexia affects a large number of people around the world. And while it can make learning at a young age a struggle, it can be overcome.

As these 11+ famous dyslexic engineers and scientists attest.

What is dyslexia and what causes it?

Dyslexia tends to be defined as:

“Dyslexia is a learning disorder that involves difficulty reading due to problems identifying speech sounds and learning how they relate to letters and words (decoding). Also called reading disability, dyslexia affects areas of the brain that process language.”

People who suffer from this disorder tend to have normal, or above-average intelligence, and usually have normal vision. Most children who have dyslexia can quite happily succeed at school with some additional tutoring or a specialized program of study.

Emotional support for sufferers usually plays a critical role too.

There is currently no cure for the disorder, but identifying it early and administering intervention often yields the best results when helping patients deal with it. For some, the disorder goes undiagnosed for years and is only recognized late into adulthood.

By this time, it may be more difficult to seek help.

Dyslexia tends to run in families and may be linked to certain genes that affect how the brain develops and processes reading and language. There are also some identifiable risk factors in a young child’s environment.

Some of these include, but are not limited to:

What famous engineers and scientists were dyslexic?

Contrary to popular belief, dyslexia is more common than you might think. Some studies have shown that anywhere up to 10% of a given population may have some form of dyslexia.

In fact, some of the greatest minds in history have either been diagnosed or are suspected of suffering from it.

It is important to note that dyslexia is a condition only recently diagnosed in history. For this reason, many of the following show some traits that would raise suspicion of the condition today but are not necessarily evidence that they were dyslexic.

It is also important to note that many on this list were also educated in a non-standard manner. For example, they may have been homeschooled or self-taught, in an era before standardized universal education.

For these reasons and lack of good evidence beyond hearsay, it is practically impossible to prove or disprove such claims either way.

With that disclaimer out of the way, here are some of the most notable confirmed, or suspected, dyslexic scientists and engineers from history. This list is far from exhaustive and is in no particular order.

Famous scientists and engineers suspected of suffering from dyslexia

The following historical figures show traits that may indicate that they suffered from dyslexia. It is impossible to prove either way, however.

1. Leonardo da Vinci might be one of the most famous dyslexic people

One notable suspected dyslexic genius from history is the great polymath Leonardo da Vinci. Evidence to support this comes from the fact that his written records are littered with spelling mistakes.

But, far from holding him back, some believe this disorder might well have been the secret to his genius.

“Dyslexia is probably one of the things that made da Vinci so creative, made him Leonardo,” said researcher Dr. Salvatore Mangione, an associate professor in the department of medicine at Thomas Jefferson University in Philadelphia.

However, as we noted in our introductory disclaimer, there is little solid evidence to prove that da Vinci suffered from dyslexia. It should also be noted that he would often write backward as a means of disguising his writing or encrypting his work.

2. Believe it or not, but Albert Einstein may also have been dyslexic

Yet another famous scientist who is suspected of suffering from dyslexia is Albert Einstein. One of the most influential physicists in history, the secret to his success might well have been dyslexia.

Einstein was a very late talker in his childhood and wasn’t comfortable fully conversing until the age of 6. This is one warning sign that dyslexia might play a part, and this kind of phenomenon of late talking is sometimes referred to as Einstein Syndrome.

However, as we have previously noted, there is scant evidence to actually prove this. He is noted as being a good reader, even in multiple languages, in his youth.

Einstein also performed very well in school and only failed his college entrance exam because he did not study for it. He was also only 16-years-old.

3. Michael Faraday is thought to have overcome dyslexia

Another famous scientific legend from history suspected of having dyslexia was Michael Faraday. One of the most important scientific minds in history, Faraday almost single-handily developed the filed of electrolysis, balloons, electric motors, generators, dynamos, and more.

But, he might have had an ace up his sleeve — he suffered from dyslexia. While this made reading and writing difficult for him, it enabled Faraday to see things in a way most could not.

Once again, and not to labor the point, any evidence to the positive is scant and far from conclusive. However, he would likely be recommended for assessment in modern times.

Yet another highly accomplished scientist in history who may have suffered from dyslexia was Pierre Curie. A key figure in the study of nuclear physics and radioactivity, he would overcome his disorder to jointly-win the Nobel Prize in Physics in 1903.

He was homeschooled for much of his early childhood and was sadly killed in a car accident in 1906. Like Faraday above, we cannot be absolutely sure he suffered from dyslexia.

5. Some believe that Thomas Edison was also dyslexic

Amazingly, even preeminent engineers like Thomas Edison show traits that show he may have suffered from dyslexia. A prolific inventor and visionary American businessman, Edison holds almost 1,100 registered patents in his name.

He suffered from poor health as a child and started school much later than other children of his age. While at school he would famously “daydream” often and was even accused of “addling” by his teacher.

He was even accused of being dumb, lazy, and generally inattentive by others. Edison was eventually withdrawn from school by his mother and homeschooled.

However, living in a time before the condition was diagnosed, we cannot be absolutely sure this is the truth. He also famously read “War and Peace” by the age of 10, and his teachers were often impressed by his insatiable reading.

With regard to his behavior at school, this may well have been a consequence of his clearly high intelligence and obvious boredom with the slow pace of lessons.

6. Alexander Graham Bell could have also suffered from dyslexia

The great Alexander Graham Bell, inventor of the first practical telephone (among other things) is another famous probable-dyslexic engineer and inventor. His early school life was a real struggle, possibly thanks to this disorder, his school records are filled with absenteeism and poor grade.

Despite this, his keen interest in science and technology would make him a household name in his own time. However, we cannot be absolutely sure Bell was indeed a dyslexic.

7. Even Galileo Galilei is also thought to have been dyslexic

One of the greatest minds of the last thousand years, Galileo Galilei is also believed by some to have suffered from dyslexia. Famous for his groundbreaking work in the sciences of motion, astronomy, and strength of materials, he also helped elucidate the scientific method.

His work on the heliocentric model for the solar system would eventually get him into hot water with none other than the Catholic Church, who found him guilty of heresy and forced him to recant many of his ideas.

History, however, would completely validate his discoveries. While cited by some as dyslexic, it is important to note we can never really prove this.

8. James Clerk Maxwell also seems to have suffered from dyslexia

And finally, another famous scientist who appears to have been dyslexic is James Clerk Maxwell. A prominent name in the field of mathematical physics, Maxwell made significant contributions to the fields of kinetics, quantum mechanics, and special relativity.

In his youth, he was criticized for being slow and idle but would prove to be a very accomplished mind in his lifetime.

Famous scientists and engineers confirmed as suffering from dyslexia

The following scientists and engineers have been confirmed as suffering from dyslexia. Most of these are not household names, but their contributions to science are still significant.

A famous scientist who is known to suffer from dyslexia is the great Jack Horner. A prominent American paleontologist, Horner’s work has been pivotal in pushing forward our understanding of dinosaur behavior, parenting, and growth.

Horner discovered his problems with dyslexia while at university, and struggled through school. However, this did not hold him back and today he is highly respected in his field.

He is even consulted form time to time for films like Jurassic Park.

Carol W. Greider is a well-known Nobel-prize winning biologist who overcame her dyslexia to pursue a very successful academic career. She initially struggled at school, thanks to her dyslexia, but an enthusiastic teacher later ignited her passion for biology.

In 2009, she was jointly awarded the Nobel Prize in Physiology and Medicine for “the discovery of how chromosomes are protected by telomeres and the enzyme telomerase.”

Jacques Dubochet was jointly awarded the Nobel prize in Chemistry in 2017 “for developing cryo-electron microscopy for the high-resolution structure determination of biomolecules in solution.” Born in Switzerland in 1942, Dubochet struggled with his early studies thanks to undiagnosed dyslexia.

He openly admits that he was bad at school and almost flunked out before a teacher diagnosed him as dyslexic.

Baruj Benacerraf was born in Venezuela in 1920 and would go on to jointly win the Nobel Prize in Physiology and Medicine in 1980. A dyslexia sufferer in his youth, he would overcome his condition to make ground-breaking discoveries about the nature of the immune system.

His Nobel prize was awarded for “discoveries concerning genetically determined structures on the cell surface that regulate immunological reactions.”

13. John B Goodenough is dyslexic but that didn’t hold him back

Born in Germany to American parents in 1922, John B. Goodenough overcame his dyslexia. Jointly awarded the 2019 Nobel Prize in Chemistry, you can thank Goodenough (and his colleagues) for the development of lithium-ion batteries.

According to the Nobel Prize, “in 1980 John Goodenough developed a lithium battery with a cathode of cobalt oxide, which, at a molecular level, has spaces that can house lithium ions. This cathode gave a higher voltage than earlier batteries. Goodenough’s contributions were crucial for the development of lithium-ion batteries, which are used in for example mobile phones and electric cars.”

14. Dr. Maggie Aderin-Pocock is yet another well-known dyslexic engineer and scientist

Presenter of the highly-acclaimed BBC’ “The Sky at Night”, Dr. Maggie Aderin-Pocock MBE is another high achieving dyslexic. A space scientist and science communicator, she is best known for her work helping children, and the general public, understand and appreciate the wonders of the cosmos.

Thankfully her passion for space gave her the drive to overcome it and lead an interesting if unconventional career path. For her services to the public, Aderin-Pocock was also honored with an MBE in 2009.

And that’s a wrap.

If you or someone you know is dyslexic, rest assured you/they are in very good company. It may even prove to be your/their trump card to success!