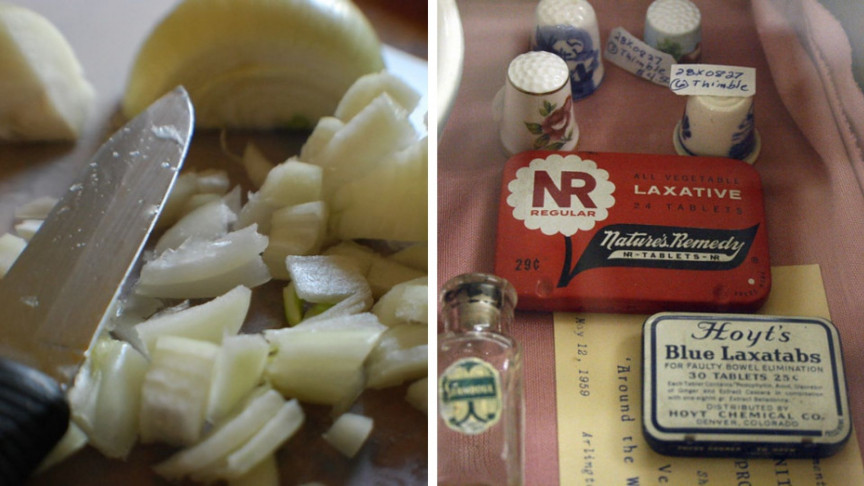 The Spanish flu was one of the most deadly pandemics of all time. Estimates vary, but somewhere in the region of 3 to 5% of the population of the world was wiped out by it.

That was estimated to be around 50 million people all told. Unlike some other global pandemics, the Spanish flu tended to be most deadly for those between the ages of 20 and 40. It was highly infectious and led to some very debilitating symptoms, including hemorrhages in the nose, stomach, and intestine, and both edema and hemorrhage in the lung.

With no real understanding of what they were up against, many people were desperate to try anything to help them survive. Here are some of the ways they tried.

What are some of the most bizarre remedies used during the 1919 Spanish flu?

While some of the remedies commonly used for the flu are fairly sensible, there are some others that have been used historically that seem very bizarre to us today. Who knows, they may well have been considered very strange at the time too?

Here are some of the most interesting examples. This list is far from exhaustive and is in no particular order.

One of the most amusing, if bizarre, remedies for the Spanish flu was booze — liquor to be precise. In places like the United States (where prohibition was in place across the country at the time), some doctors would even prescribe it as a means of treating the flu.

One particular county doctor, according to the CDC, actually claimed he had never lost a patient thanks to his treatment using whiskey. Using something called “gutrot whiskey”, he would pour it down their throats to get them to cough up phlegm.

His treatment, unsurprisingly, proved pretty popular, and he even ran out of whiskey at one point. After failing to find more supplies, he resorted to persuading a group of his fellow townsfolk to raid a county sheriff’s office for some whiskey being held as evidence in the trial of a bootlegger.

2. Cut onions are a timeless classic

Onions, especially freshly cut ones, have been touted as a cure for the disease for a very long time. According to historical records, the idea appears to have started around the time of the bubonic plague in the 1400s, and continued right up to the early-20th century.

The idea was, that cut onions had the ability to pull germs (or contagion/miasma) out of the air, thereby keeping you safe. During the Spanish flu, people were encouraged to place cut onions around their houses to fight off the virus.

While it is highly unlikely this actually worked, it appears to have been a popular remedy (and still is to some extent). Interestingly, however, onion juice does include some compounds that can inhibit, or even kill, certain types of microorganisms.

They cannot, however, “draw” pathogens from the air.

Believe it or not, but “genuine” snake oil salesmen appear to have, excuse the pun, made a killing during the Spanish flu. Newspapers from the period carry various ads touting snake oil as a potent cure for many ailments.

Theoretically made from the rendered fat from snakes, most of these products did not contain any snake-derived ingredients whatsoever. Other patented remedies were also pretty popular at the time too, most of which contained little to no actual medicine.

In fact, most were either placeboes or worse, could actually harmful to prospective users.

4. Laxatives are the way to go, so to speak

Another bizarre remedy for the Spanish flu was the use of laxatives. In fact, some newspapers, like the Oshkosh Daily Northwestern, even recommended people get an early night, take a laxative, eat “nourishing” food, and keep their strength.

The idea was to keep your body flushing out any and all toxins. Of course, as we know today, this kind of treatment runs the very possible risk of dehydration. Some early laxatives even contained toxic, potentially carcinogenic ingredients too.

5. Break out the camphor oil

In case you are unaware, camphor is a strong-smelling, waxy material that can be distilled from the wood of the camphor laurel. It can also be synthesized from turpentine (which is also derived from tree resin).

Usually used in creams, ointments, and lotions today, camphor oil became popular as an over-the-counter medicine during the Spanish flu. Some doctors even suggested injecting it directly into a patient’s arms and legs in an effort to control their fever.

However, there might have been something to this. According to some research, camphor does have some antiseptic qualities and can offer some mild palliative care for some ailments. In fact, you can still find it in Vicks VapoRub today — albeit it in highly controlled concentrations.

But, camphor can be also a very toxic substance if used in enough quantities.

6. Beef gravy was also touted as a potential remedy

Beef gravy is not only tasty, but some used to claim that it could help you ward off ailments like the flu. The idea was that by improving your constitution, you would be better placed to fight off disease.

During the Spanish flu, Oxo (makers of bouillion cubes) even ran ads claiming that “cupful of Oxo two or three times a day will prove an immense service as a protective measure.”

While we cannot make any claims that beef gravy will, or will not (most likely), keep you safe from future influenza outbreaks, we cannot recommend it enough as a beverage (at least for non-vegetarians). That being said, beef gravy may have some health benefits aside from fighting rampaging viruses.

Time to put the kettle on.

Another bizarre remedy for the Spanish flu was the practice of inhaling noxious fumes. While this might sound a little counterproductive, to say the least, there was some logic behind it.

During the Spanish flu, English villagers observed that factory workers who were regularly exposed to noxious gases appeared to have lower relative death rates. In fact, one investigation showed that while the general infection rate in one area ran at 40%, or so, for those who worked with nitric acid it was only around 11%.

Those in the town who inhaled gunpowder in the course of their work, had an even lower infection rate, of around 5%.  In hopes of also protecting themselves from the pandemic, parents would actually bring their children to the same industrial facilities rather than seeking professional medical help.

Of course, it goes without saying, inhaling toxic chemical fumes is not a good idea or a remedy for things like the flu!

Used as a remedy for many ailments over the centuries, bloodletting was also proposed as a remedy during the Spanish flu. The idea of this practice is to attempt to drain out toxins and disease from the body.

This remedy was be used for many ailments — whether it be supernatural (like demons) or the flu. As you can imagine, bloodletting, if done without due care and attention, could be potentially very dangerous for the patient.

It has killed quite a few people in the past and may have even contributed to the death of George Washington who had around 40% of his blood drained over a 10 hour period, to treat an illness. Rather than curing him, it may well have been the final straw.

9. A good dose of quinine will do the job

Once commonly used as an effective treatment against malaria, quinine was used a potential remedy for the Spanish flu too. While this might sound a little bizarre, like some other remedies on this list, there was some sound logic behind it.

Because it was so effective with malaria-related fevers, doctors of the time (desperate to find a way to treat the then-novel virus), thought that perhaps it might also be effective with Spanish flu sufferers.

In the days before the exact interaction of quinine and the malaria parasite was known, it is understandable why they would have tried it.

Another bizarre proposal for curing the Spanish flu was the act of gargling salty water. This was especially the case in the armed forces.

Soldiers were encouraged to do this in an attempt to prevent infection. Salt has been used as an antiseptic for a very long time, and people were desperate to attempt anything to prevent contracting the deadly disease.

There is little, if any, evidence that gargling salt water will actually do anything, but drinking unsalted water will help soothe a sore throat.

For example, traditional doctors in the hills of India would sometimes mold human figures out of flour and water and wave them over the sick to “lure” out the evil spirits. In China, some people would parade around figures of dragon kings, and would also visit public baths to sweat out evil spirits.

They also smoked opium and took yin qiao san (a powdered mix of honeysuckle and forsythia to treat “winter sickness”).

We’ll let you decide how effective it really was.

And that is your lot for today folks. It is easy to mock these remedies today, but it bears repeating that little, if anything, was understood about the unseen killer behind the Spanish flu at the time.

In fact, we would only find out exactly what kind of virus the Spanish flu was very recently. Hindsight is 20:20, as they say.