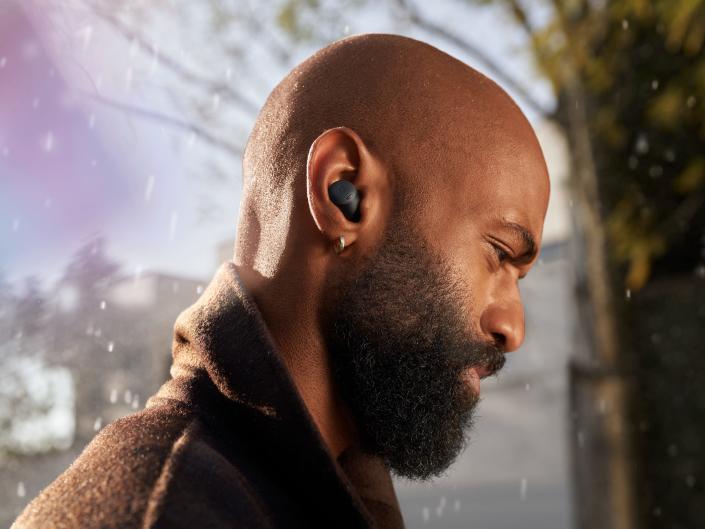 Howdy. We’ve got lots of fun stuff on the agenda today, like a sneak peek at some of Google’s upcoming product drops, and a review of Ford’s F-150 Lightning.

1. We just got a look at Google’s upcoming gadgets. During the company’s I/O developer conference, Google announced a slew of new and updated products, including its next big smartphone and a rival to Apple’s AirPods Pro. Here’s what’s in store:

Get the specs on the Pixel 6a and the Pixel Buds Pro.

2. Coinbase warned users could lose their crypto holdings if the company goes bankrupt. The disclosure was included in the company’s first-quarter earnings report, but its CEO said there’s no current risk of bankruptcy. Early Thursday, Bitcoin fell below $27,000 and Tether broke its peg and dropped as low as $0.94.

3. Plunging stock prices are putting the pressure on Big Tech’s compensation strategies. In recent years, workers at companies like Snap, Uber, and Amazon have been wooed by generous chunks of equity. But now, as the sector slumps, companies are having to reevaluate their approach.

4. Ads on streaming services are really loud. A new bill could fix that. The CALM Act, passed in 2010, is meant to rein in excessively loud commercials — but it doesn’t apply to streamers. We explain why ads can be so loud, and what could change that.

5. Microsoft is considering sweeping pay raises. According to people familiar with the matter, the action would be part of Microsoft’s efforts to tackle growing dissatisfaction with compensation and to stop employees from leaving to competitors, such as Amazon. Here’s the latest.

7. We got a look at Netflix’s content “wishlist.” Hollywood agency documents show the streamer is asking series creators for an enthralling reality competition, its own version of “New Girl,” or a replacement for “Grace and Frankie” — but absolutely no “sad coms.” See what else Netflix wants to air in 2022.

8. Elon Musk reveals what other electric car startups are doing wrong. New EV startups are messing up by taking too big a swing early on, he told the Financial Times. Here’s his advice for newcomers to the EV scene.

9. We test drove Ford’s F-150 Lightning. Insider’s transportation reporter took the new electric truck for a spin, and found that while it has loads of features you can’t get anywhere else, the Lightning’s biggest superpower is how normal it feels. Read his full review.

10. Tired of Wordle? We’ve got 15 other games to play. We set out on a mission to find Wordle alternatives that make you guess to find a daily answer — and some of our favorites include Heardle, Redactle, Cloudle, and Quordle. See our other recommendations.

Keep updated with the latest tech news throughout your day by checking out The Refresh from Insider, a dynamic audio news brief from the Insider newsroom. Listen here.