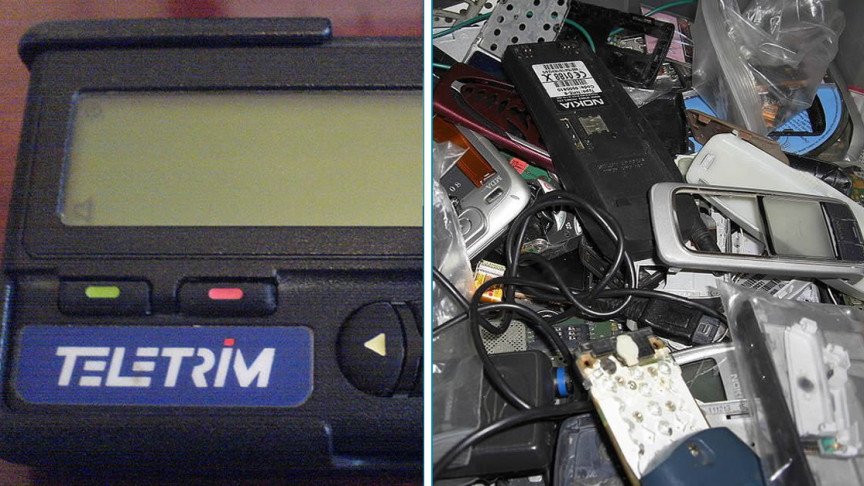 Do you remember floppy disks? How about the 8-track? If so, you are officially old, congratulations!

But these are but two of a long line of now largely redundant and outdated technologies. Here we have gathered 10 such examples that are bound to bring a nostalgic tear to your eyes.

What does it mean for technology to be obsolete?

Obsolete products can include anything that has become redundant in light of a newer alternative being developed. In some cases, they may even become popular as collectibles.

When technologies or practices are no longer used, even if they are in working condition we deem them obsolete. It’s often caused by a newer, better technology supplanting the older ones.

What is meant by emerging technologies?

This term is generally used to describe new technologies, but it can refer to the continual development, and refinement, of existing ones, too. The term can also have a slightly different meaning in different industries like media, business, science, and education.

What are obsolete technologies?

Obsolete technologies are those that have been, for all intents and purposes, largely replaced with newer solutions. But just because they have become obsolete doesn’t necessarily mean they are not still in use.

In fact, many older technologies are still perfectly serviceable today.

In many cases, some ‘tech-traditionalists’ make a concerted effort to keep using older, obsolete tech. One example that might immediately come to mind is vinyl records.

Whilst, obsolete many still use them as they believe vinyl has a better sound quality than modern alternatives like digital audio. We’ll let you decide the veracity of their claims.

A survey of 2,000 Brits and showed that over 70% of them own some form of vintage tech.

Their survey also revealed some other interesting stats from the survey such as:

So, if you are a fan of old, outdated, or nostalgic technology, fear not — you are far from alone! Plus there is a certain charm to some antiquated technology.

So, what are some examples of obsolete and outdated technologies?

To anyone born before the turn of the Millenium, cathode ray tube monitors, and TVs were a common feature of their lives. But their reign came to an end with the advent of plasma and LED screens.

This put to an end a long and illustrious run for cathode ray tubes, which were first released commercially in the 1920s. Interestingly enough, CRT tech can trace its origins to the late 19th century.

One of the first examples dates to around 1897 when a German physicist Ferdinand Braun unveiled his “Braun Tube.”

2. Typewriters have long since been superseded

The typewriter is an iconic piece of technology. Once the workhorse of businesses around the world, and a huge improvement in speed over writing by hand, today it has largely been relegated to the position of an ornament, doorstop, or collectible.

Thanks to the rise of computers, typewriters are rarely used by anyone except a few old-school writers.

The typewriter as we know it today was the product of centuries of small incremental changes, dating as far back as 1575. At that time, an Italian printmaker, Francesco Rampazetto, developed his scrittura tattile — a machine to impress letters in papers.

Pagers, also known as beepers, were wireless telecoms device that could display alphanumeric or voice messages. Usually a one-way communication device, pagers were widely used by emergency services personnel who needed to be reachable at all times.

They became incredibly popular in the 1980s, but we can actually trace their origins to the 1950s.

The advent of smartphones in the early 2000s effectively rendered these devices redundant overnight. But they continued to be used for many years after as they were cheaper, more robust, and, for a time, had better coverage than the early smartphones.

That being said, there are still a large number of people and professionals who still use, and swear by them.

You’ll still see these in use in some places, but dot matrix printers have effectively become extinct today. Once the de facto printing device of many an office, they were quickly pushed aside with the invention of laserjet and inkjet printers.

Compared to modern printers, they were very slow and cumbersome, and had poor print quality, although they did make one of the most recognizable tech-noises of all time. Some even might say it was music to their ears.

In a world long before push-notifications and social media, there was a time you could own a mobile phone that would only make and receive calls and texts. Some lucky few even had the ability to play basic games like Snake!

But this all ended with the rise of the smartphone. Now our lives are an overwhelming bombardment of information and cat videos.

Unfortunately, these early mobile phones have now largely been consigned to the dustbin. But perhaps it is time for a revival?

Long before email and cloud storage, people used to send documents over the phone. This might sound inconceivable to younger generations, but it was once common practice to transmit documents using audio-frequency tones over a phone line.

The recipient’s machine would decipher the information and print out an exact duplicate of the sender’s document. Of course, this technology is now old hat and has been largely replaced by more modern, and better alternatives. Like e-mail.

But some people still refuse to part with them.

7. Floppy disks are a blast from the past

Immortalized as the save icon for most software applications today, the floppy disk was once the de facto electronic data storage system for many people around the world. They were released for commercial use in the 1970s and would decrease in size, while increasing in storage capacity, over the next few decades.

With the advent of CDs, memory sticks, and the cloud, and the ever-increasing size of software that would no longer fit on a floppy, the disks were widely generally made obsolete by the mid-2000s.

Cassette tapes are an iconic image of the 1980s, but they can trace their origins to the late 1960s. But with the advent of the Compact Disk (CD), they were practically made extinct by the mid-2000s.

In fact, it was not uncommon to be able to buy blank ones until only a few years ago. But as a medium for storage of music, they are pretty much as “dead as the dodo.”

9. Betamax lost out to VHS

Betamax was the earliest format of the consumer-grade video cassette tape. It dominated the market until being supplanted in the ’80s by VHS.

Despite its crushing defeat by VHS as the standard videocassette format, Betamax continued to be produced until the early 2000s You could even buy blank Betamax cassettes right up to 2016.

10. MiniDisc players were a ‘flash in the pan’

For a time, MiniDisc players were all the rage. These optical-basic digital storage devices had an impressive capacity of up to 1GB. This was ample enough to store up to 45 hours of audio playback. But they were released when the CD was still king and struggled to take dominance.

The advent of MP3 players soon killed them off in around 2011, when Sony stopped making them.

And that is your lot for today folks.